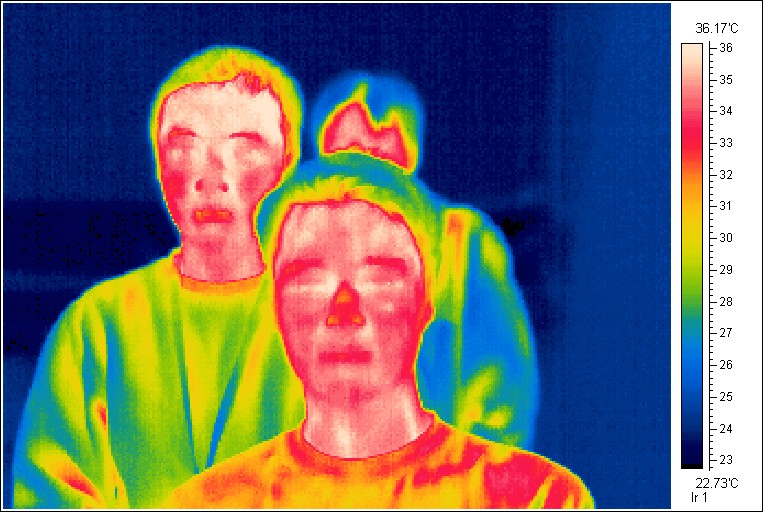 Why is Fever detection important?

The importance of detecting potential victims of infectious or contagious diseases cannot be over-emphasised.  Screening passengers arriving or leaving countries where such a problem is known to exist and checking them for simple fevers such as colds or influenza or something more serious needs a quick and effective system such as that provided by SATIR who is leading the way in thermal imaging.
We hope to highlight the important use of infrared thermography in screening and detecting abnormal temperatures in large numbers of people.

Thermal cameras have proved invaluable in detecting actual and potential defects in a wide variety of electrical, mechanical and building industries and now this type of technology is being use in veterinary care in recent years.

Medical applications are increasing as the ease of use in detecting higher than normal temperatures in people suffering from a number of causes.

Located in border crossings such as ports and airports thermal cameras can be used by trained operatives.  Anyone with a raised temperature is passed over to medical staff for further investigation and detained from leaving the facility and, possibly stopping the spread of infection.

The vast numbers of people now travelling has increased the risk of the rapid spread of infectious diseases at the same time as making it more difficult to single out individuals for temperature checks.

Thermal cameras can be used to scan a number of people at once. Anyone showing an abnormal temperature stands out from the crowd and can be asked to move to a quieter area for a more accurate check. If this proves positive they proceed to the next step of medical checks.

In this application, the thermal camera operates by converting the energy emitted from the surface of the skin into a two-dimensional image with the differing temperature levels making a colour picture. The camera is calibrated so that an abnormal temperature is very easy to detect and recorded. If required an audible or visual warning can be given.

What are the Advantages of using a thermal camera for fever detection?

The advantage of this method is that the time taken to get an accurate assessment of the passengers is very quick without causing extra delays to passengers arriving or leaving, as they are already waiting to go through passport control, this makes thermal imaging beneficial for everyone. 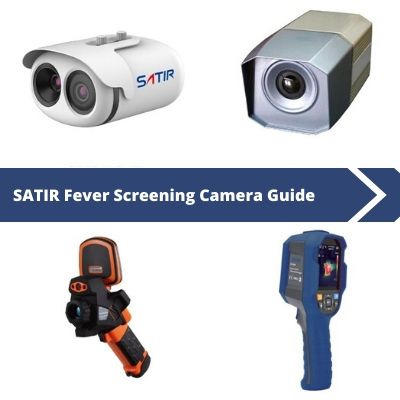