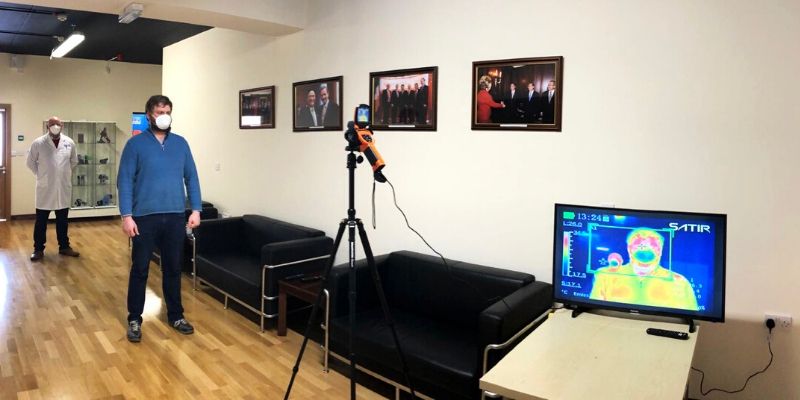 Why Fever Screening is needed?

In recent years, our world has gotten a lot smaller and more become accessible to people from all over the world. This is mainly due to advances in transportation technologies, such as aviation, becoming more affordable. This allows airlines to set up more travel routes than ever before.
With new airline routes and air fares becoming more affordable, more people travel the world than ever before. However, this can also pose risks to countries and their people as travellers can introduce new illnesses and viruses into the countries they visit.

In most cases, these illnesses and viruses cause a high body temperature, or a fever, which can be an indicator that a person is unwell and may need treatment. Fever screening is often sent up at border crossings, such as airports, and sea ports, and in public places, such as shopping centres and hospitals, to check people for a high fever which can sometimes be an indicator of serious illnesses such as Ebola, SARS or the Coronavirus.

What is thermal imaging?

Why is thermal imaging used for Fever Screening?

Thermal imaging is used for fever screening and detection for a number of reasons. Often fever screening is set up at border points such as airports, seaports and in public places, these are busy areas often having hundreds of people passing at a time. If you used a regular ear thermometer on every single person that came off a flight or a ferry this can cause serious delays for passengers. Thermal Imaging cameras can solve this problem as they can be set-up to scan a large number of people at a time. It is also important to note when using a ear thermometer on every person the readings are at a single spot on the persons face , but a thermal image uses 1000’s of temperature readings (Pixels) to build up a 2 dimensional picture of the face of the person screen. This allows the medical team screening the person to have a better understanding of the temperature of the person. As with all fever screening the incubation period of the virus will affect the temperatures recorded on the human face .Any abnormal face temperature noted within the thermal screening process should then be checked further by medical professionals and further corrective action taken if required.

SATIR has supplied fixed and handheld thermal imaging cameras for fever screening and detection. Get in touch with us to speak to a member of our sales team today via our contact form on the website or phone us on 00353 (0) 41 9846786.

*Images provided have been taken with volunteers or revelevant permission 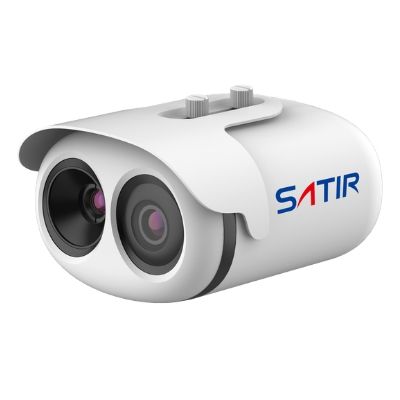