Have you ever wanted to know what a thermal camera is and how they can be used for leak detection? Learn how thermal cameras work & what leaks they can detect 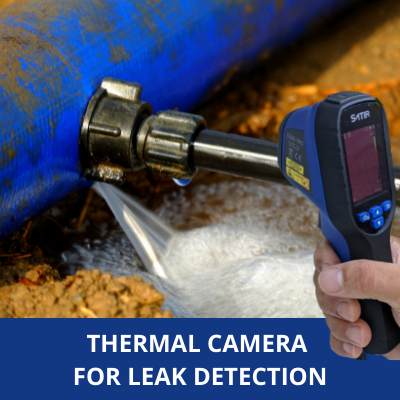 How can a thermal camera be used for Leak Detection?

Now to apply this to the application of leak detection which most plumbers have the role of trying to identify a leak and resolve the issue. If a pipe bursts, it will emit cold or hot water and this would have a different thermal profile to a pipe which is not leaking. A leak on the hot heating pipes can be easily identified on the screen on a thermal camera as often the pipe and surrounding materials will have a standard heat signature while the water would be a different pattern.

The above images is an example of how thermal cameras can easily identify the pipe layout under floors without the need to excavate the floor. This can be particularly useful for plumbers who are not familiar with the building pipework layout and structure. 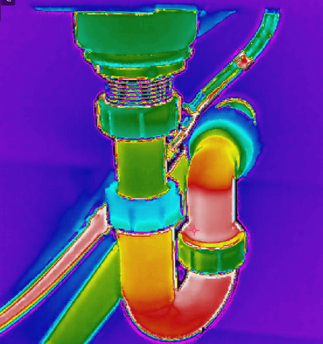 The above image is shows there is blockage of a sink pipework. This could build up over time and cause odours and flooding if the sink is blocked. 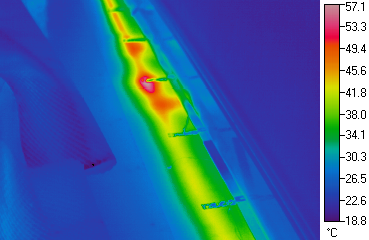 The above image is from a thermal camera leak detection survey.  The thermal camera has identidied that the heating pipe is damaged due to a nail from the carpet gripper rod.  The image shows that  several area have been damaged and are in need of emergency repair and replacement.

The D160 Pro is the recommended thermal camera for leak detection for plumbers as it fit easily into a plumbers toolbox and is very affordable. It is ideal for application mentioned previously that is benefical for plumbers work in leak detection. It has a 160x120 IR detector which meet the demands of a plumbers thermal imaging needs. It is quick and easy to use with it's one handed operation and easy to use interface. It has a long battery life of up to 8 hours which will last a full day of thermal imaging surveying, if carrying out leak detection on multiple houses or buildings in one day.  It has fixed focus which means the camera is already setup for a plumber without needing any prior knowledge of thermal imaging or thermography. To learn more, visit the D160 Pro Product page 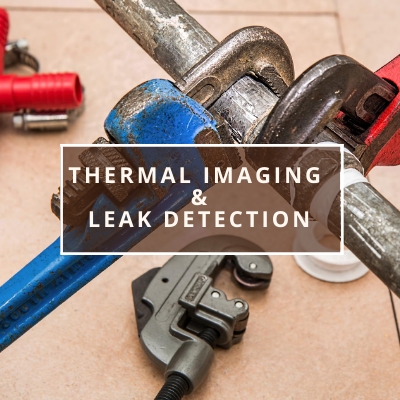